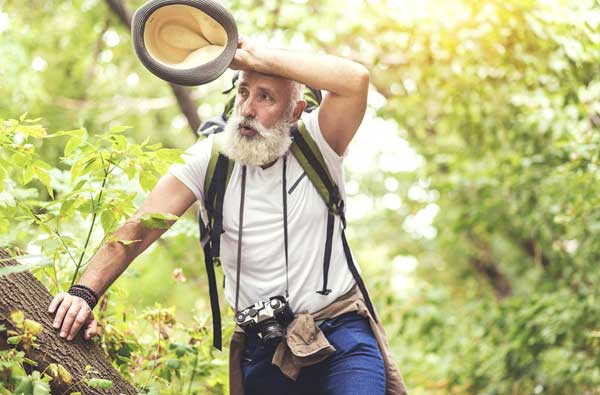 Signs and Symptoms of Lyme Disease

A bull’s-eye rash is the best-known sign of Lyme disease.

But fatigue, fever, headache, and muscle and joint aches, especially when accompanied by a general feeling of malaise, are other symptoms.

How Long Do Symptoms Take to Appear?

The incubation period from infection to the start of the telltale rash is usually seven to 14 days but can be as short as three days or as long as 30 days.

What to Do If You Have Symptoms

“Whether you remember having been bitten by a tick or not, it’s important to contact a licensed physician immediately if an unusual rash appears on your body,” says James J. Gormley, coauthor of User’s Guide to Treating Lyme Disease.

“If you or your doctor think you have been bitten by a tick and you have any of the symptoms described, play it safe and get tested right away,” he adds. “The CDC [Centers for Disease Control and Prevention] recommends a sensitive test initially, either the ELISA or indirect fluorescent antibody [IFA] test, followed by the more specific Western blot test.”

During later stages of this disease, neurological problems include:

“Chronic malfunction of many peripheral nerves throughout the body can also develop, in addition to rheumatoid arthritis, a stage which is usually marked by cognitive dysfunction, sleep disturbances, fatigue, and personality changes,” says Gormley.

“It is time to move beyond thinking of Lyme disease as a simple illness that only causes a rash,” says Brian Fallon, MD, MPH, a psychiatrist with the New York State Psychiatric Institute and Columbia University who is the lead author of a Lyme disease study published in 2021. “In addition to the risk of severe cardiac, rheumatologic, and neurologic problems, Lyme disease can cause severe mental health problems.”

Nearly 30 years ago Dr. Fallon and colleague Jennifer A. Nields, MD, called attention to the psychiatric reactions to Lyme disease, including:

The study concluded with a warning: that people “diagnosed with Lyme borreliosis in the hospital setting had an increased risk of mental disorders, affective disorders, suicide attempts, and suicide. Although the absolute population risk is low, clinicians should be aware of potential psychiatric [consequences] of this global disease.”

“Minerals, vitamins, and specialized supplements can be safely and effectively used to support the process of healing, to offset unwanted effects of antibiotic treatment, and to tackle the ongoing, sometimes lingering symptoms and effects of chronic Lyme disease,” Gormley says.